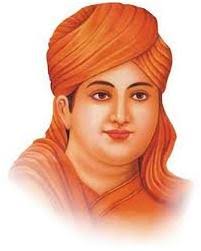 “They were made known to them (Rishis) by God, and whenever great Sages, who were yogis, imbued with piety, and with the desire to understand the meanings of certain mantras and whose minds possessed the power of perfect concentration, entered the superior condition, called Samaadhi, in contemplation of Deity. He made known unto them the meanings of the desired mantras. When the Vedas were thus revealed to many Rishis, they made expositions with historical illustrations of the Vedic mantras and embodied them in” – p. 239

“Virtuous acts, the worship of one true God and correct knowledge lead to Emancipation, whilst an immoral life, the worship of idols (or other things or persons in place of God), and false knowledge are the cause of the Bondage of the soul. No man can ever, for a single moment be, free from actions, thoughts and knowledge. Performance or righteous acts, as truthfulness in speech, and the renunciation of sinful acts, as untruthfulness, alone are the means of Salvation.” – p. 274

“It is the voice of the Omniscient Divine spirit – the Inward Controller of all from within. Verily he alone who follows this voice and acts accordingly – enjoys the bliss of Emancipation. Whosoever goes against the dictates of this voice suffers from misery and pain – the result of bondage.” – p.290

ON STATE OF MOKSHA:

“The emancipated soul roams about in the Infinite all-pervading God as it desires, sees all nature through pure knowledge, meets other emancipated souls, sees all the laws, of nature in operation, goes about in all the worlds visible and invisible, sees all objects that it comes across, the more its knowledge increases the happier it feels.

Being altogether pure, the soul acquires perfect knowledge of all hidden things in the state of Emancipation. This extreme bliss alone is called Heaven (swarga), while pursuit of worldly desires and consequent pain and suffering are called Hell (naraka). Swarga literally means happiness. The ordinary happiness id called worldly happiness. Whilst the extreme happiness born of the realization of God is called Extraordinary happiness or Heaven (Swarga).”
–p. 301-302

“The separation of the soul from the body is called death, whist its union with the body is called birth. When the soul leaves the body, it lives in the atmosphere (yama), because it is said in the Veda, “Yama*, is another name for air.” Thereafter the Great Judge – God – embodies that soul according to the nature of its deeds done in the previous life. Guided by God it enters the body of some living creature with air, water, food, drink or through any one of the openings of the body.

Having entered it, it gradually reaches the reproductive element, the thereby establishes itself in the womb, and is thus invested with a body and eventually born. It is clothed with a male or a female body, just as it merits a male or a female one; whilst a hermaphrodite is formed by the union of the male and the female reproductive elements in equal proportions at the same time of conception.

The soul is continually chained down to this wheel of births and deaths till by the practice of the highest virtue and complete absorption into Divine contemplation and the acquisition of the highest knowledge it obtains Emancipation. By the practice of deeds of the highest virtue, etc., it is born as a good and great personage among men; and being freed from births and deaths and the consequent pain and suffering, it enjoys perfect bliss in Emancipation till the end of the Grand-Dissolution.”
– p. 300

“When a man desires to engage in Upaasanaa (communion), let him resort to a solitary, clean place and get comfortably seated, practise Praanaayaama (control of breath) restrain the senses from the pursuit of outward objects, fix his mind on one of the following places:- the navel, the heart, the throat, eyes, the top of the head or the spine.

Let him, then, discriminate between his own soul and the Supreme Spirit, get absorbed in contemplation of the latter and commune with Him. When a man follows these practices his mind as well as the soul becomes pure and imbued with righteousness. His knowledge and wisdom advance day by day till he obtains salvation. He who contemplated the Deity in this way for even one hour out of the twenty-four hours always continues to advance spiritually.” – p.215

ON IMAGES AND WORSHIP:

“If you believe Him to Omnipresent, why do you pluck flowers from the garden and offer them to the idol, make a thin paste of Sandal wood and apply this to it, burn incense, beat drums and cymbals, and blow trumpets before it? He pervades your hands why do you then stand before it with folded palms?

If the former, why do you then offer flowers, etc., to images made of stone or wood? If the latter, why do you then lay a false claim to the worship of God? Why don’t you say that you worship stalks and stones etc., which is the bare truth? Now tell us, whether your faith is always right or not?” – p. 373-374