Yoga is the only way to Moksha

Yoga is the only way to Moksha 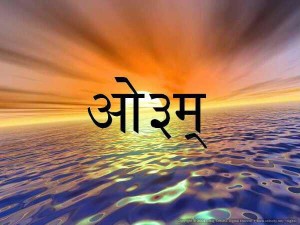 We act as we think. An act consists of thought, word and deed. Man’s mind therefore needs to be purified, refined, disciplined and controlled if he has to benefit himself and his environment. He must allow his mind to be amenable to Reason of intellect (Buddhi), the discriminating organ of Man. Reason in turn must be attuned to the real External Self that pervades the universe and is in the heart of each and all. It is the almighty God which pervades outside as well as inside us. Therefore for the search of Truth or reality we must turn inwards. The process of self-realization is invariably accompanied by self-purification and self-refinement. Only a transparent mind can realize the Truth. In practical terms, ‘say the Vedas, “Search Within”. This search by balanced attitude of mind is called Yoga. We are shown that the really strong and trustworthy are not those who cling to material things and worldly attachments but those who perform their respective duties and professions selflessly, without fear, favor, attachment, partiality or self-interest, with honesty, knowledge and efficiency, unmoved by victory or defeat. The soul selflessly integrates with the God through Yoga. The God is purest so as the souls become pure by integrating with the purest. Thus a Yogi is intellectually, actively and emotionally in tune with the God. The true Yogi accepts his place in life and performs his duty to the best of his ability without envying another. The actions done by the Yogi are based on moral law or Dharma. Dharma is established through moral conduct. Dharma leads to advancement and growth. Dharma helps to protects and upholds all creatures. Dharma, Artha, Kama and Moksha are four legitimate aims of man. Artha and Kama are both realized through Dharma. The final goal to achieve is Moksha of freedom from rebirth and sufferings. So be Yogi, follow Dharma, realize the God and achieve Moksha or emancipation.